Alpha 2 and 3 with graphic export and Apache license

The second and third preview versions (“alphas”) of the XL Toolbox offers basic graphic export features. It is released under the Apache License V. 2.0 rather than the GNU General Public License.

For normal users, the switch of license from the GNU GPL v. 3 to the Apache License V. 2.0 does not make a difference. Both are licenses for free software.

I had to use a non-GPL license because the GPL has a strong copyleft which requires anyone who modifies or ‘conveys’ a GPL-licensed program to make the entire source code available. Since the Toolbox add-in is distributed with closed-source binary runtime files by Microsoft that are required to interact with Excel, releasing the Toolbox NG under the GPL effectively made it impossible for anyone to modify or re-distribute the add-in.

The Apache License does not have the requirement for others to make the entire source code available. 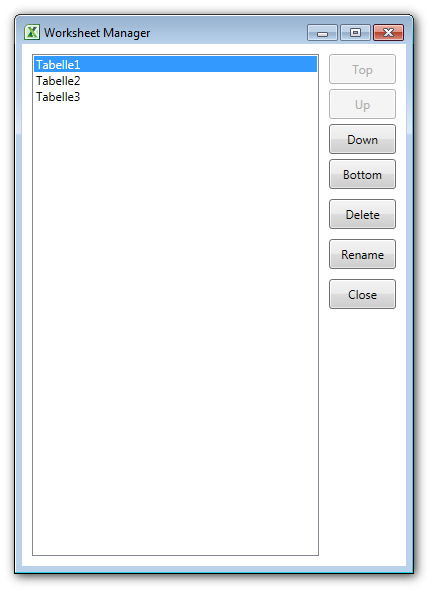 Alpha 2 provides basic graphic export functionality, and hopefully the ‘DLL not found’ errors that some users have experienced using prior versions of the Toolbox will be a thing of the past.

Clicking on a ribbon button will invoke the export function with the last used settings. Click on the little arrow to the right to open a menu with a command to show the entire export options. 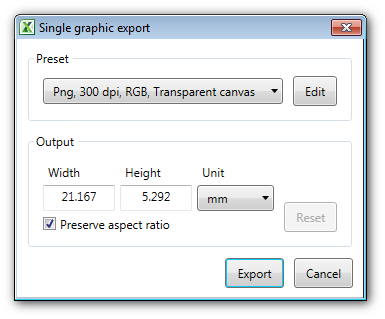 A couple of features of earlier versions of the Toolbox are still missing from the graphic export function of Alpha 2:

Furthermore, there is no support for SVG files yet. 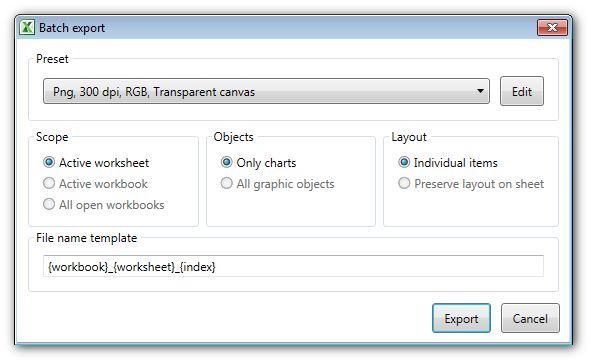 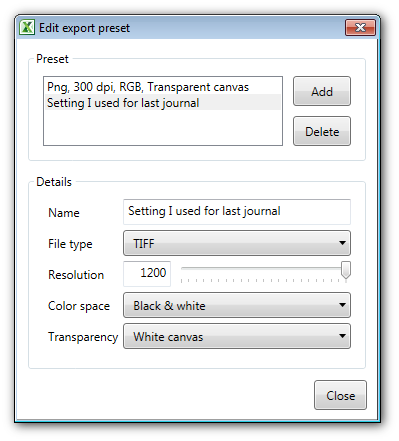 Since the release of alpha 1 in August, a lot of changes have been performed ‘under the hood’. The entire project structure was changed; I have put any potentially reusable code in a separate .NET assembly that I call Bovender. In addition, I have learned about the Model–View–View model programming pattern and have re-implemented the add-in using this pattern in order to facilitate maintainability in the future.

One day after releasing Alpha 2, I noticed a few annoying bugs, most importantly the failure of the installer to properly register the add-in in Excel. This is fixed in Alpha 3.

I would appreciate your feedback.

Articles in this series:

Linux and VirtualBox on a T480s with high-resolution display